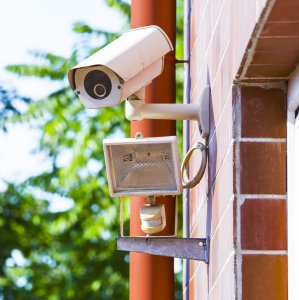 Sources have revealed that gardai have “excellent quality” CCTV of the gunman immediately before and after the broad-daylight shooting of the innocent father-of-three on Dublin’s Sheriff Street.
Gardai also recovered the gun used in the murder and the bicycle the killer escaped on within minutes of him firing the fatal shots.
They will provide vital forensic and ballistic evidence for the officers based in Store Street Garda Station who are investigating the fifth murder linked to the Kinahan cartel-Hutch gang feud.

A small black handgun, suspected of being used to murder Mr O’Rourke, was found in a bin on Sheriff Street Lower, only a few metres from where the murder happened outside Noctor’s pub.

Intended target Keith Murtagh is understood to have left the pub at the same time as Mr O’Rourke was passing on the street.

It is thought that both men ran for cover when the gunman approached and that Mr O’Rourke may have ended up stuck between his killer and Murtagh.

It is understood that after the shooting a friend of Murtagh contacted gardai and asked them to provide an escort out of the area.

Witnesses saw the gunman flee the area on a bike. He travelled down Sheriff Street Lower in the direction of Seville Place and Guild Street.

He then abandoned the bike at the lower end of Sheriff Street Lower before exiting on to Seville Place, which runs from the Five Lamps to the Samuel Beckett Bridge.

Gardai have appealed for any witnesses to the incident – the shooting took place in a busy area of the city, behind Connolly Station and in broad daylight – to come forward to help them trace the killer’s movements.

Supt Kevin Gralton, who is leading the investigation, said any such information would be treated in complete confidence.

“Sheriff Street, Oriel Place and Seville Place is an area that we patrol extensively. It gets very good coverage. An innocent bystander getting shot, if that is the case, of course it’s a low,” he told a press conference on Thursday.

“But that, when these shootings are being carried out, is always a risk.”

Supt Gralton said officers believe the victim tried to escape from the gunman but was shot at up to six times.

“The victim was alone. The indications thus far was that he was seen running, but that has yet to be fully established,” he said.

Intended target Murtagh is very well-known to gardai because of his involvement in crime. He is best pals with jailed killer Derek ‘Del Boy’ Hutch, the brother of feud victim Gary Hutch.