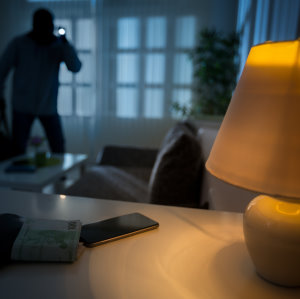 Householders have been warned to lock up their valuables after new county-by-county data reveals crisis zones.

The AA research found the average theft claims made to home insurers is €3,500.

County Louth residents had the second highest loss resulting in claims worth an average of €6,286.

Meath is the third highest with an average loss of €5,300, followed by Longford where claims reached €4,663.

Dublin was ninth in the league table of the highest losses by county for 2015.

The average Dublin  home suffered a loss of close to €3,500, the figures show.

A spokesman Conor Faughnan said commuter counties and highly populated areas are a target for robbers.

“While there are some stark differences between counties it is clear that no matter where you live, there is always a risk your home could become a victim of theft.

“It’s really important that you have adequate home insurance cover in place, something many people still do not have.”

He urged families heading off on holiday to lock up their valuables.

He added: “I don’t like giving people advice that costs money but a monitored alarm system is worthwhile.

“It does provide a deterrent effect and while it may not make your home totally secure, it does at least tell potential thieves that you are not an easy target.

“It is also reassuring to know that if anything does happen at home you will know about it while on your holidays.”