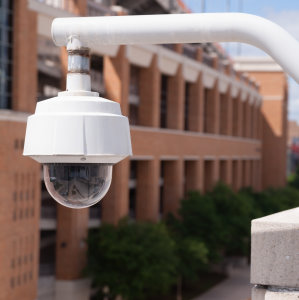 Dún Laoghaire-Rathdown County Council plans to have security cameras installed at Shanganagh and Deansgrange cemeteries in an attempt to stop thieves breaking into visitors’ cars.

The council issued a request for tenders for the provision of closed circuit television cameras at the cemeteries.

Labour Party councillor Denis O’Callaghan said he asked council management about having CCTV installed last year after a woman’s handbag was stolen from her car while she tended to her husband’s grave at Shanganagh.

There are currently no CCTV cameras at any cemetery in the Dún Laoghaire-Rathdown area.

“Last summer there were some break-ins at Shanganagh Cemetery, after which I made representations to look at the possibility of installing a CCTV system,” Mr O’Callaghan said, adding that he believed the council was now treating the tendering process as a priority. “I was familiar with the incidents last summer and I have heard there were some incidents in the last week or two also,” he said.

There have also been a number of separate reports on local and social media about items being stolen from visitors’ cars.

“Cemeteries by their nature are very isolated, including Shanganagh Cemetery, and people who would be there visiting the graves of their loved ones would be vulnerable,” Mr O’Callaghan said, adding that parts of Deansgrange had also been affected by vandalism.

“The incident last summer happened in the middle of the day. An elderly lady was down tending a grave and her car was interfered with. She saw a guy smashing the car window and her handbag was stolen. It’s pretty opportunistic stuff. That died down. Obviously the gardaí upped surveillance of the area after that. But in the last few weeks it has arisen again. Obviously gardaí can’t patrol 24/7.”

The local authority said: “CCTV is being sought to provide security at cemeteries . . . There have been a small number of thefts from cars at the two cemeteries.”

The council added: “The cemeteries are locked after hours. Whilst the buildings are alarmed and monitored, no further security is currently in place.”